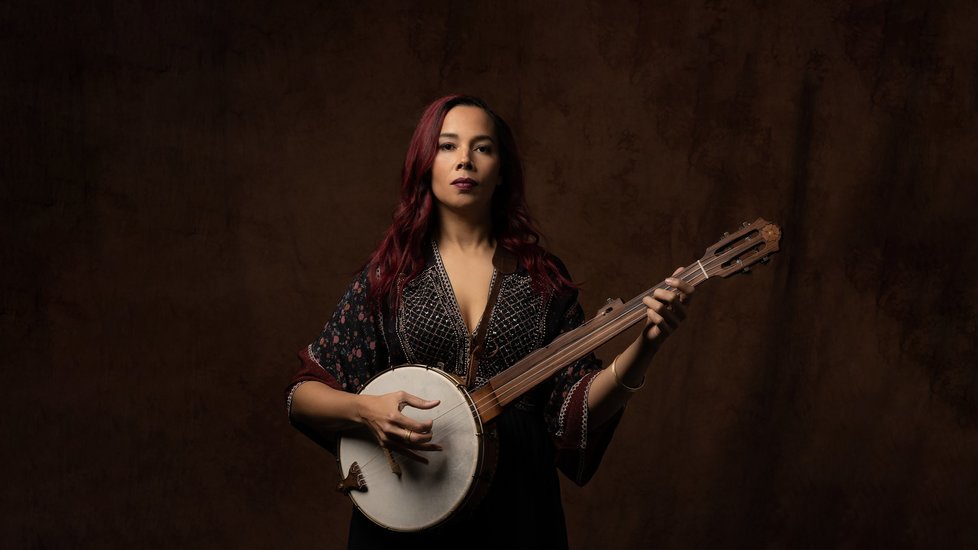 A Celebration Of Music & Dance At UL

Music is the pulse of University of Limerick and in its fiftieth year, this concert is a celebration of the creativity and spirit of collaboration that lies at the heart of the UL campus. Devised to showcase the outstanding performers and musicians who make UL their home and who visit to share their knowledge, the concert includes the Irish Chamber Orchestra performing alongside Muireann Nic Amhlaoibh; Grammy Award winner Rhiannon Giddens; Libra Strings led by Diane Daly; and artist-scholars from the Irish World Academy of Music and Dance.

The Irish Chamber Orchestra is delighted to be part of this special UL50 concert, presenting a selection from Róisín Reimagined with the renowned sean nós singer, Muireann Nic Amhlaoibh. An exciting new CD, Róisín Reimagined received 5* from The Irish Times, and pairs Muireann’s peerless vocals with fresh orchestral arrangements that explore the connections between classical and traditional music, and reimagines these timeless songs for a new era. Their performance in Limerick follows acclaimed concerts at the Kilkenny Arts Festival in August and is a rare chance to see this unique collaboration live.

Directed by violinist Diane Daly, Libra Strings presents a a new artistic work around the themes of UL50: Reflecting, Connecting and Transforming. This innovative ensemble comprises members of the world-renowned Irish Chamber Orchestra, students from UL’s MA in Classical String Performance, UL alumni and other guest professionals. The mission of Libra Strings is twofold- enhancing audience experiences by presenting classical music performance as a kinaesthetic, multi-sensory event, while also enriching the experience of the performer by focusing on the development of greater autonomy, embodiment and creativity throughout the preparation and performance process. This unique approach has emerged from Diane Daly’s award-winning doctoral research in the area of Creative Embodied String performance.

Rhiannon Giddens uses her art to excavate the past and reveal bold truths about our present. Giddens co-founded the Grammy Award-winning Carolina Chocolate Drops, and she has been nominated for six additional Grammys for her work as a soloist and collaborator. She was most recently awarded for her collaboration with multi-instrumentalist Francesco Turrisi, They’re Calling Me Home, recorded in Ireland during the COVID-19 crisis.  Giddens is the artistic director of the internationally acclaimed Silk Road Ensemble, recently appointed artists in residence at the Irish World Academy of Music and Dance in UL.

Beatha an Scolaire (The Scholar’s Life)

Patrick Cassidy came into prominence with the release of the Children of Lir, the first major symphonic work written in the Irish language. Following his graduation from the University of Limerick in Applied Mathematics, Patrick has gone on to compose music for choir, orchestra, Irish harp and baroque ensemble, and numerous acclaimed film soundtracks. Patrick’s famous aria, Vide cor Meum was composed as a “mini” opera for the Ridley Scott film, Hannibal and has appeared in multiple top-ten lists and essential collections throughout the world.

To mark the University of Limerick’s fiftieth anniversary this year, Patrick was co-commissioned by UL and RTÉ lyric fm to compose a new work for the Irish Chamber Orchestra, Muireann Nic Amhlaoibh and UL Choir, based on the ancient Irish poem Beatha and Scolaire (The Scholar’s Life).

The Irish World Academy Artists led by Breandán de Gallaí will also present a new work in based on Vivaldi aria’s Vedro con mio diletto. Curated by award winning former Riverdance principal Breandán De Gallaí, contemporary soundscapes juxtapose with medieval chant; baroque and seán-nós traditions harmonise to make happy bedfellows with their shared exuberance and the beats of Irish and contemporary dancing bodies insist that we have more in common than what divides us. Echoing Mícheál Ó Suilleabháin’s vision for the Academy at UL, this music, song and dance work encapsulates the ethos and spirit of the institution. The Academy was built on the principle of parity of esteem – valuing and celebrating all the music and dance culture of the world equally.

Page load link
We use cookies to ensure that we give you the best experience on our website. If you continue to use this site we will assume that you are happy with it.OkNoPrivacy Statement
Go to Top