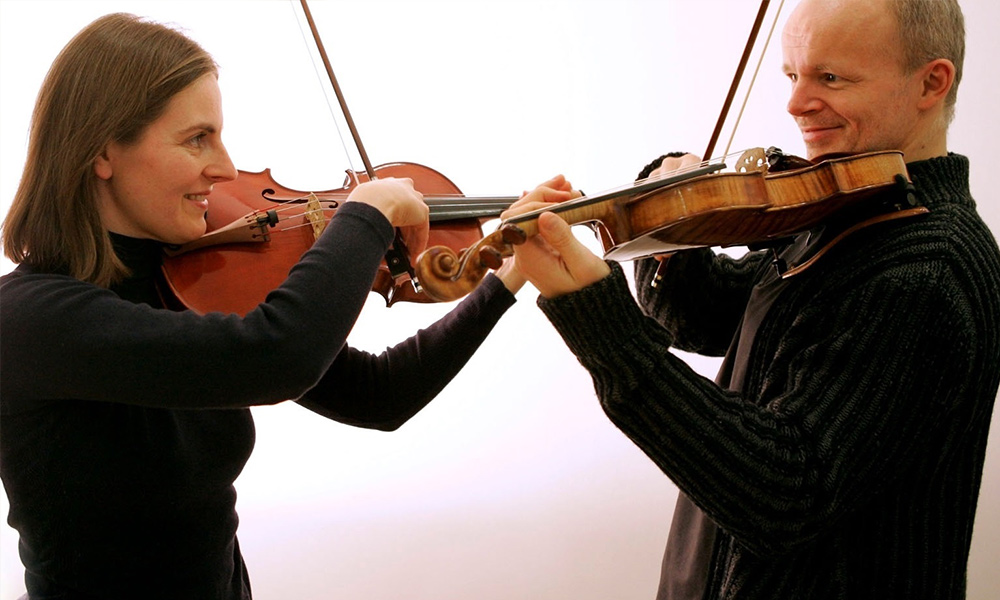 Based on the story of Rome’s Coriolanus, Beethoven wrote this spirited overture in 1807, depicting the over-arching moods of the story. Coriolanus cannot turn back having led an army of his former enemies to Rome’s gates and is forced to kill himself. Britten’s Double Concerto was written in his penultimate year at the RCM. It received its long-delayed first performance on 15 June 1997 as part of the fiftieth Aldeburgh Festival, with ICO Leader Katherine Hunka and Philip Dukes as soloists and the Britten–Pears Orchestra under Kent Negano. In Kilkenny, it will be performed by the amazing violinist, Thomas Zehetmair and celebrated violist, Ruth Killios.  Beethoven’s Eroica is a tour de force.   A mountain of a symphony with a steep and problematic ascent, it treks through a forbidding landscape. The descent is an absolute joy, but not without some hurdles along the way.