The Irish Chamber Orchestra is Ireland’s most dynamic ensemble. Mixing traditional repertoire with new commissions and collaborating with everyone from DJs to dance companies, the ICO pushes the boundaries of what a chamber orchestra can do. These days, you are as likely to find us at the Electric Picnic as Mozartfest, but wherever we perform, the ICO delivers world-class concerts feted for their energy and style. 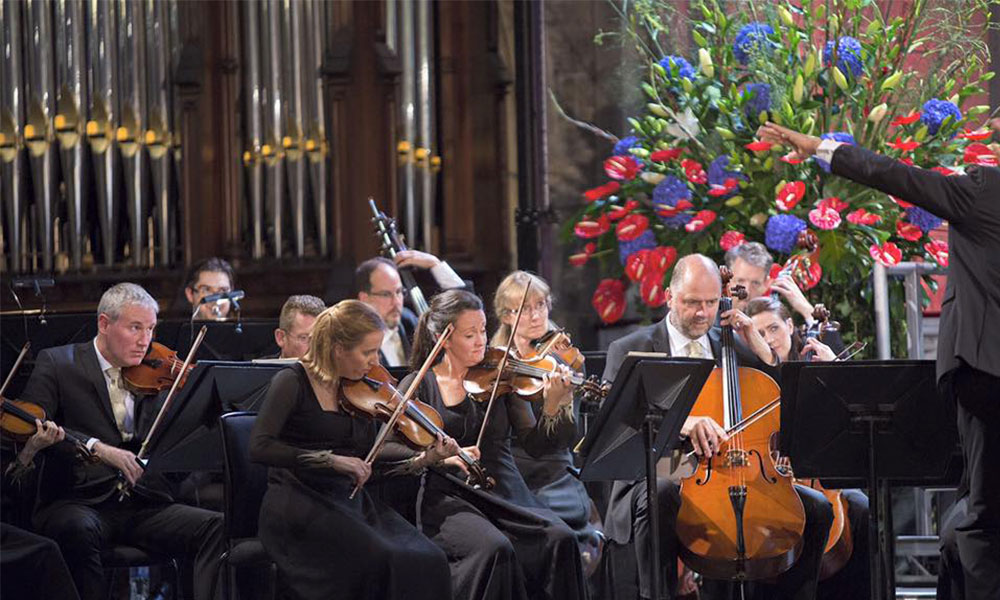 Each year, Ireland’s busiest chamber ensemble presents concert seasons in Limerick and Dublin, embarks on two national tours, and makes a series of prestigious international appearances supported by Culture Ireland. Our Artistic Committee works closely with our Artistic Partners to devise exciting, diverse, and innovative programmes, mixing standard repertoire with new work – often specially commissioned – from the best young Irish composers. This versatile approach enables us to appeal to music fans of every stripe while upholding the highest artistic standards.

Who has performed with the Orchestra

The driving force behind ICO’s last decade of success has been its Principal Conductor/Artistic Partner Jörg Widmann, a composer, conductor, and clarinettist whose irrepressible energy and pursuit of excellence has enabled the ICO to expand its horizons, attracting outstanding international performers such as Thomas Zehetmair, Henning Kraggerud, Florian Donderer, Brett Dean, Sheku Kanneh-Mason Tabea Zimmermann, Igor Levit, and Elisabeth Leonskaja.  Throughout the past decade, the ICO has performed at leading concert halls and festivals across Europe, the U.S.A., and South America.  The ICO released a series of acclaimed recordings on the prestigious Orfeo and Alpha Classics labels.  The ICO was the first Irish Orchestra to complete a three-year residency at Heidelberger Frühling and is currently orchestra-in-residence at Kilkenny Arts Festival.

Looking ahead, celebrated Austrian Violinist Thomas Zehetmair takes on the role of Principal Conductor/Artistic Partner from May 2022 for the next three years. Zehetmair’s enthusiasm and commitment is matched by the orchestra itself, led by the ebullient Katherine Hunka, and comprises of 22 outstanding musicians.  The ICO’s special rapport, forged by over 20 years of playing – and sometimes singing! – together, creates the unique sound that has captivated audiences all over the world.

The orchestra enjoys outstanding support. The enthusiasm and forward thinking of CEO Gerard Keenan has been instrumental in realising some of the ICO’s most exhilarating collaborations, while the board, chaired by Aibhlín McCrann, comprises members whose diverse professional expertise is matched by their determination to realise the orchestra’s vision.

At the heart of this vision is the belief that music is for everyone. That is why the ICO has implemented an ambitious and far-reaching strategy that aims to take music out of the concert hall and into the local community, inspiring children to try music for themselves, and supporting them on their journey from first lesson to public performance.

Our ground-breaking initiative, sows, offers primary school children in Limerick the chance to learn music for free. Now in its fifteenth year, the project has been hailed as a model of social inclusion, offering opportunities for young people, developing key life skills, and providing tangible long-term benefits for participants, their families, and the wider community. 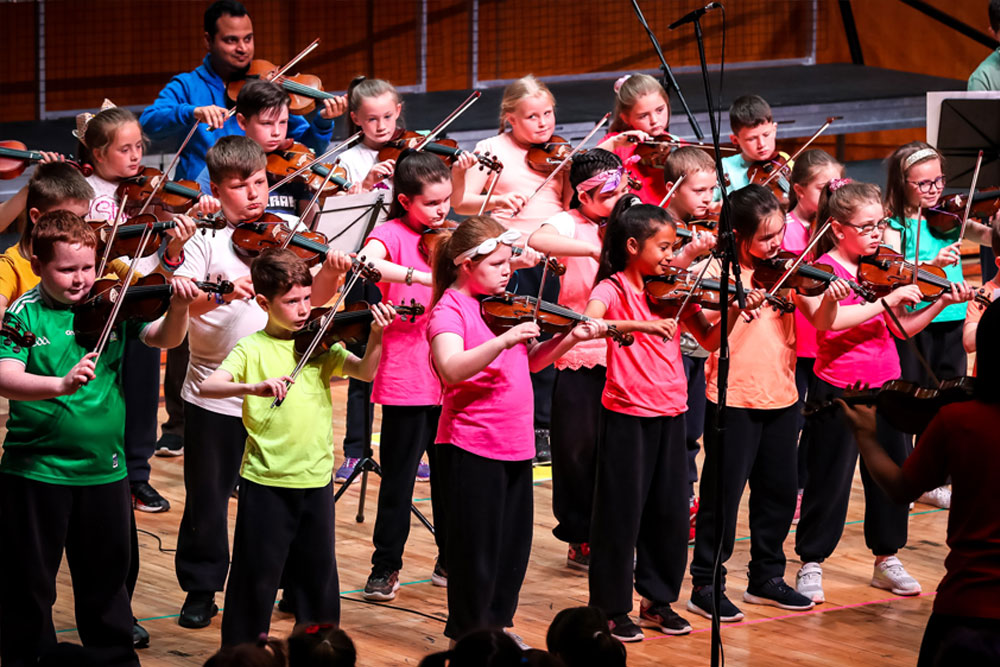 The success of SOWS has inspired us to set up a youth orchestra, the ICOYO, which provides aspiring musicians aged 12 to 18 with the support they need to grow. The ICO is taking all of this a step further, providing free music education across our country and beyond with a new ground-breaking and freely available online teaching resource, Sing Out With Strings Online.  However, it doesn’t stop there: the orchestra has made its home at the University of Limerick for over 20 years, and UL’s MA in Classical String Performance is run under the auspices of the ICO – providing a rigorous programme with close, “hands-on” contact to the orchestra, its visiting directors, soloists, and guests.

The ICO is orchestra-in-residence at the Irish World Academy of Music and Dance at the University of Limerick and is funded by The Arts Council of Ireland/An Chomhairle Ealaíon.